Is it a problem that grown women are infantalising themselves for TikTok views? 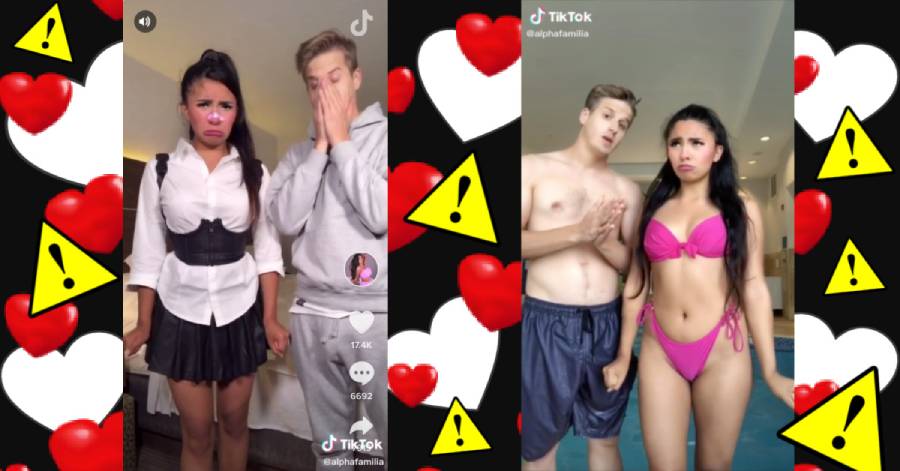 What message does it send if the most popular accounts promote fetishising ‘cutesy’ helplessness and submitting to someone else’s will?

Filters for large eyes, pouty lips and baby-like voices and expressions are rampant across Snapchat and Instagram today – but what happens when the ‘cutesy’ trend moves beyond a filter and into how women are really portraying themselves online? What happens when grown women infantalise themselves on purpose, because the wide eyes and baby-talk gets them more views and likes?

The cultural imperative for women to embody both the cute and the sexual is nothing new, now it’s just been given a more prominent and direct A.I makeover thanks to new social media technologies. On TikTok, one trend which has proved popular and is dividing opinion, is combining the face zoom effect with childlike expressions such as scrunched-up noses, wide eyes and pouting, sometimes paired with a lollipop or a lip-synced baby voice. Despite being kind of annoying it begs the question, are these creators simply hopping onto a harmless trend, or does this play into a more troubling narrative?

The most liked TikTok video of all time with over 520 million views, is a lip sync to the song “M to the B”, where creator Bella Poarch uses the face zoom effect to track her expressions as she head-bops to the tune. The effect is similar to that of bobble-head doll and the video’s viral popularity has left many in the comment section baffled, with viewers split between finding her content adorable or annoying.

Poarch’s brand on TikTok is built on a foundation of cuteness. As Buzzfeed News reported, her success is most likely due to people enjoying looking at attractive faces, as well as the novelty of the face zoom effect, combining into an oddly addictive watch. And she is not the only one, with creators such as Emma Norton, with 5.7M followers, using face zoom, wide-eyed expressions and childish props while lip-syncing along to trending songs.  However, many online have accused these creators of infantilisation, defined as the portrayal of grown women acting and looking childish through attire, demeanor, possessions, and/or posture.

Importantly, infantilisation should not be confused with sexualising children, but rather as portraying a grown woman as a child and then sexualising that concept. However, it is two sides of the same coin. It is a phenomenon by which our society systematically equates femininity with things like vulnerability, submission, and naivety. Feminine beauty has been consistently conflated with youthfulness, yet infantilisation goes beyond simply a desire for youth. It creates a feminine ideal that profoundly affects our perceptions of women and how they perceive themselves.

While the issue of objectification isn’t just about an individual woman’s decision and neither Poarch nor Norton should not be held responsible if people decide to sexualize them online, it does play into wider discussions about the representation of women in society and, specifically, on social media.

In more polarising examples, infantilism may involve activities such as role-playing or Daddy Dom / little girl (DD/ lg) kinks, in which one partner acts like a child for the gratification of the other. Increasingly, couples are incentivised to share their relationships on social media, rewarded for controversial content with a high number of views or engagement.

One such TikTok account that blurs the line between weird and cringey, is the account of step-sibling couple @Alphafamilia. Their shared account has nearly seven hundred thousand followers and their content centres mainly around their relationship. Despite the woman in the duo coming across as the stronger personality, their content revolves around her submissiveness to the so-called ‘Alpha’, which she expresses in a particularly grating baby-voice (below).

While any kinks are of course absolutely OK between consenting adults in their own privacy, what message does it send if the most popular social accounts promote fetishising helplessness and submitting to someone else’s will?

Psychotherapist Dr. Nan Wise Ph.D, explains, “When people are spending all this time on social media trying to get likes, it’s hijacking the seeking system. It’s taking young women’s burgeoning sexuality and basically hijacking them into objects for other people’s pleasure.” She goes on to state, “[These videos are] the commodification of the infantilised, disempowered object.

“It’s always about the context and the content. Once you’re in that kind of social media context, the content is very different.” Wise specifies, “It’s not grown-up people having conversations with beloveds, this is disempowering and infantilising.”

TikTok’s regulations state that only those over the age of 13 can use its app, however, with a study showing that half of British children use TikTok regularly, the reality is very different. With little means of monitoring and filtering out inappropriate content for underage audiences, it is necessary to be wary of the messages certain trends and popular accounts are putting out, particularly in the portrayal of women.

“This is not fully grown adults engaging with each other. This is people being groomed by the likes they get, and [potentially] predators taking advantage of what teenagers are, which is daring,” says Wise.

These trends are especially concerning in light of recent events, as it has been reported that in August several women came forward and accused famous TikTok star, Tony Lopez, of flirting and soliciting nude photos from them while they were underage. Against this context it is even more important that social media trends are taken seriously and content creators are aware of the narratives they play into.

For the sake of everyone’s safety and sanity, let kids be kids online and save the baby-talk for the bedroom.