‘Viral success and death threats. What I’ve learnt from 10 years as an influencer.’ 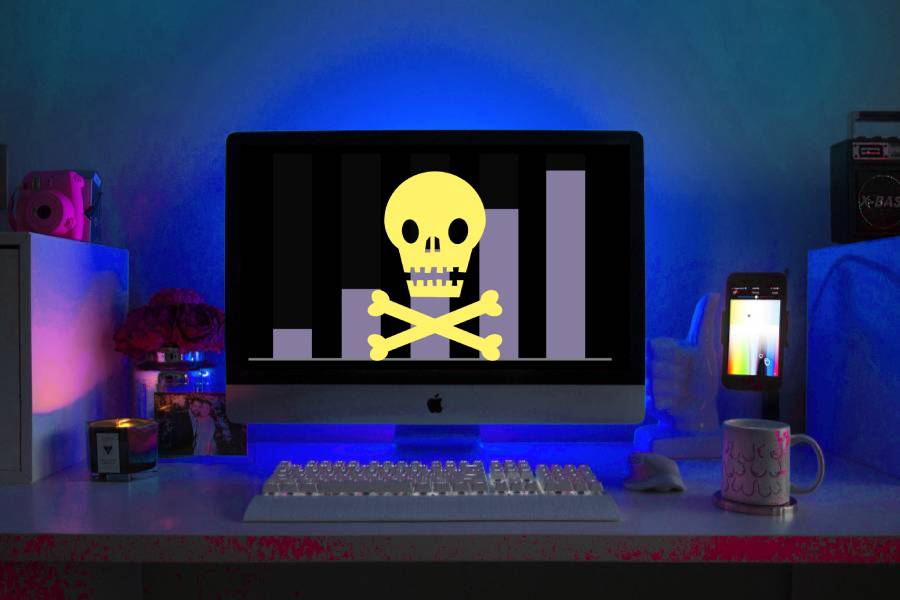 I first went viral online 10 years ago, when I posted a video to Tumblr about the dangers of bulimia after vomit in my lungs caused bacterial pneumonia.

I’d only discovered Tumblr weeks before, when recovering from two weeks in ICU for pneumonia and a collapsed lung, I was housebound for months and had no social life at all.

After MySpace, Tumblr created the first real ‘influencers’. It was different back then. Instagram wasn’t big, and it wasn’t about brand deals or gifted items. Instead, Tumblr influencers perfected their blogs with quirky photos, had the best playlists and posted perfectly edited photos. My page mainly included photos of women I found beautiful, dark landscapes and anything that looked slightly quirky.

After following bigger creators and posting my own photos – which were usually just selfies in nice lighting – my following soon started to grow. Within a couple of months I had 20,000 followers and many of my photos were getting over 50,000 re-blogs, prompting bloggers with larger followers to develop an interest in me and brands to ask me to model their clothes. My diminishing social life had made me feel like a failure, and so this huge amount of interest was thrilling.

But it became toxic. Most days I would also receive nasty anonymous comments telling me to kill myself. I tried to ignore it but the comments were hard to deal with. Friends started to resent me because my blog was doing well, and most of them deleted me from other social media. Back then, ‘influencers’ were something people found egotistical – and I guess that’s what they thought of me.

Tumblr made me feel less alone, and helped me to ignore the sadness that was increasing as my real life social interaction disappeared. But after a year with my blog, the negativity got too much for me and I deleted it. I was about to move house and didn’t want to be judged by potential new friends, because of my Tumblr. Despite it just being a website, it was hard. Maybe that’s pathetic, but it was a huge part of my life.

The illness that changed my life

Two years later in March 2015, after having completely locked my social media down, I found myself with an online audience once more. But this time, it had meaning. This time, I used an opportunity to educate and reassure women who had been through major surgery.

I had been diagnosed with ulcerative colitis, which resulted in me having emergency surgery to remove my large bowel, and form a stoma. I’ll never forget waking up in so much pain that I was unable to speak. My mum held my hand and with tears in her eyes, told me what had happened. I looked down, saw the stoma and sobbed.

For six weeks I felt sorry for myself, avoiding looking at the bag and hating seeing myself in the mirror. But joining some support groups and meeting other young women like me made me realise that things might just be okay. The support really helped, and made me want to talk about my experience. I needed an outlet to really process my trauma, so I started another blog.

Within six months, the blog was picked up by multiple online publications around the world and had over 700,000 hits. The media seemed to like the fact that I wrote openly about having a sex life with a stoma bag. It was great to see my blog out there, proving that you can be confident with a stoma, but it did leave a bad taste in my mouth that the media were focusing on the sex, and not the trauma that I and many others had been through.

However, many young women found the blog helpful, and in turn, the blog helped me cope with the changes that had happened to my body. Writing was therapeutic to me, and it was a relief to have an outlet for my thoughts and feelings. I was sad when my blog came to an end that October – even though it was my choice. I was given the option to reverse my stoma, which would allow me to go to the toilet ‘normally’ again.

With this in mind, it felt right to close that chapter of my life – and ending the blog was one of the biggest ways to do that. While I missed having the freedom with my words, I embarked on a new life as a freelance writer.

Landing a full-time gig with a national publication, I continued to write about chronic illness – but also about mental health and illness, something I had been suffering with. I started sharing my mental health content on Twitter,  mainly because it consisted of personal essays, which I wanted to share with people who may be able to relate. This happened, and as I continued to share, my following built up.

I make it sound simple but it’s not. Building an online audience takes time – and sometimes it’s just luck – if you can call it that. There are so many people out there hoping to build a large following, but we forget that it’s not real life. Numbers may look impressive, but people forget that these are real people, not numbers on a screen.

I want to make a difference with my audience. I want to make people remember that they’re brilliant and worthy and not alone – which, as you can tell by the amount of times that word has been repeated –  is something I had felt for such a long time.

I’d be lying if I didn’t say I appreciate having a decent following on social media. It makes me feel like people care.

But while having a lot of followers may make you feel good, there’s a lot of hate that comes with it. You could receive hundreds of positive comments of praise, but it’s the one hateful comment that will stick with you for the rest of the day. Over the past 10 years, I feel like I’ve kind of become numb to it. I’ve learnt that I can’t control it, and I’m thankful for the block button.

It’s also important that you don’t make your social media presence your life – it’s important to be present in real-life – physical experiences are vital.

Being an influencer is a chance game. But as brilliant as it may feel, it can all come crashing down in a second, and you need to be prepared for that.