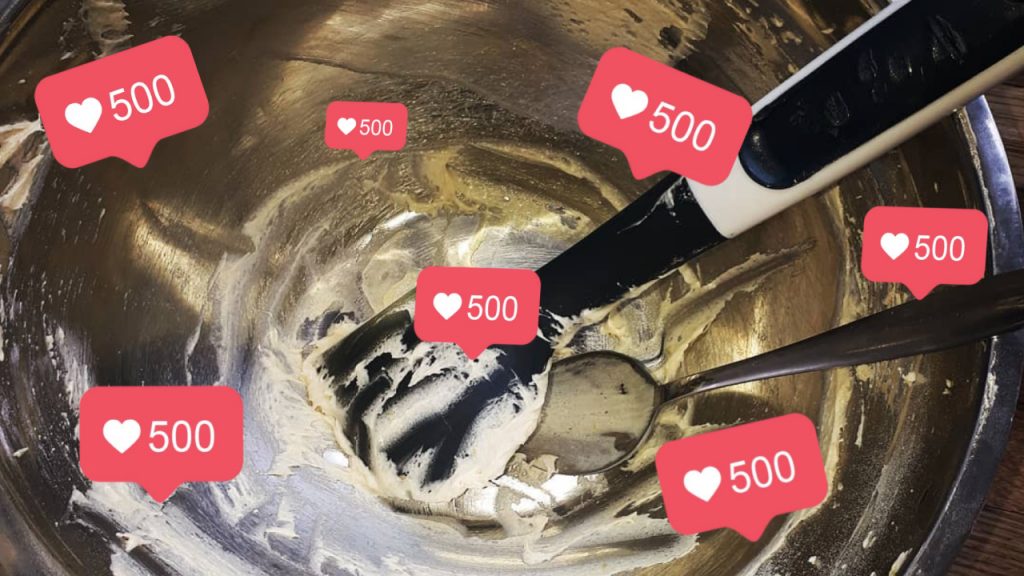 Food content creators are among the most followed on all platforms, and the already saturated space is continuing to grow. While we’re pretty over seeing matcha bowls and aerial views of brunch, there are thousands of innovative food creators bringing something different to their table. Food bloggers can be some of the most lucrative in the industry, with brands partnering with them for recipe development deals in excess of $10,000.

If you’re looking for more smart creators, gorgeous food styling and photography, and let’s be honest, saliva coming out of your mouth, here are 6 of the best food bloggers to follow on Instagram

Born to Iranian parents in California, Samin wrote the smash-hit book Salt, Fat, Acid, Heat and later starred in her own Netflix series of the same name. She worked in some of the toughest kitchens in the world with some big-name chefs like Alice Waters and Michael Pollan, but now, most people find her and her work on YouTube and Instagram, as well as in her books. Her bubbly, easy going personality, love of rustic flavour and simple techniques transformed into utter feasts make her eminently watchable – she’s just someone you want to be friends with. Make sure you catch her Home Cooking podcast, too.

Creator of “The Cookies” and “The Stew”, Alison knows a thing or two about making a dish go viral. Working for the New York Times Cooking team got her on the map, but her Instagram has made her a breakout star, with some of her dishes being replicated so often that they take on an almost mythical quality. She’s laid-back and shuns the notion of attempting fine dining at home, instead encouraging her viewers to embrace store-cupboard staple and easily shareable food. She’s the millennial answer to Nigella Lawson’s, more-is-more, use-your-hands, pass-the-butter school of thought. She also has two books; Dining In and the newer Nothing Fancy.

Created by American filmmaker Andrew Rea, BWB is all about recreating famous fictional dishes, from the burger cook-off in Parks & Recreation to the “Ram-don” in Parasite. Cheap or expensive, appetising or not, Babish (Rea’s on-screen persona) will cook them all. He has a unique voice-over style, his face often not appearing in the videos, with just his hands and apron visible often. Funny, shareable and appealing to all levels of cooks, Rea has turned a seemingly small niche into a huge online career.

Think you need a huge show kitchen and a big budget to make it big online? Think again. Toronto-based Kevin Lynch’s kitchen is indeed the size of a closet, and without any fancy mod cons, but he still makes delicious, eye-catching food. His photography skills come into full force on his Instagram, where he shares recipes and meal ideas in glorious HD. There’s no long captions or super try-hard ploys for engagement: just great food, a link through to the full recipe and that’s it. One for the traditionalists.

Former The Great British Bake Off star and columnist Tandoh has also found a niche for herself online: a love of food and recipes of all calibres, from celebrating the joy of cheese rolled in ham straight out the fridge at 2am to elaborate bakes that call to mind her GBBO days. She’s vocal about her own struggles with disordered eating and is quick to call out sexism and racism in the food and restaurant industries, making her a force for change in many ways. Witty, self-deprecating and whip-smart, Ruby’s recipes and food commentary always feel like a breath of fresh air.

London-based Rachel Ama specialises in vegan Caribbean food. Blending her family’s culture with her plant-based lifestyle, this creator is sunny, positive and friendly, and recipes appeal to all, vegan or not. Rachel celebrates freshness and flavour, and her recipes cover everything from quick snacks to full-blown feasts. Sharing snippets of her fitness routines and more vlog-style posts as well, it’s easy to see why she’s built up such a large fan base. Her star has been rising for a while, and it’s not done yet.