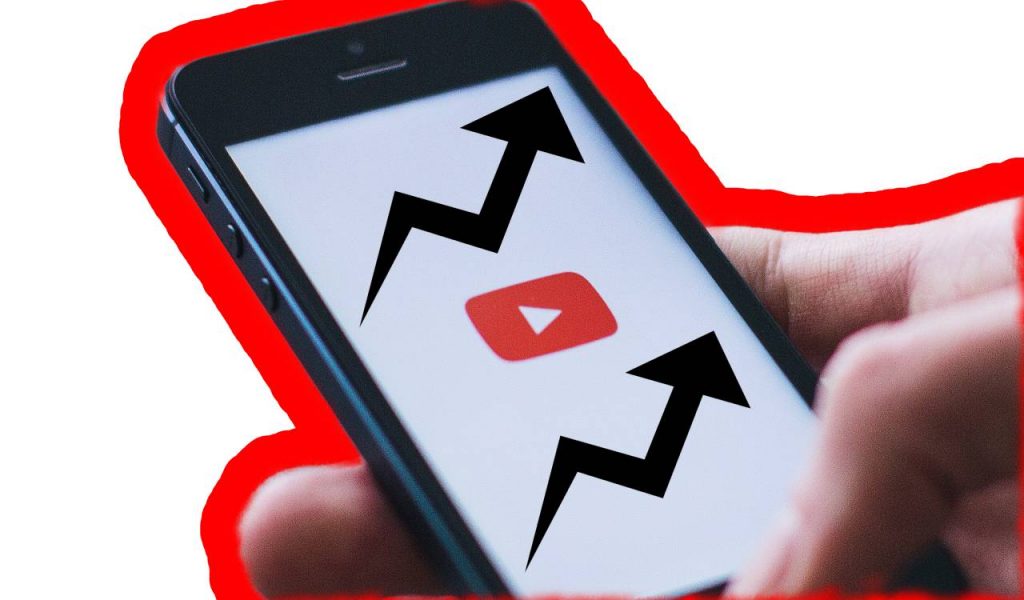 When content creators have an issue with their platform reach (i.e, they aren’t getting as much reach as they’d like) algorithms can often be the the scapegoat. It’s true that often the algorithmic changes can make it harder for creators to reach their fans and win new ones, but it’s also true that an algorithm won’t help if you if you’ve sussed it out but don’t have original, engaging content. Assuming that your content is flawless, how can you work with the YouTube algorithm to increase your reach, gain new likes, fans and followers?

The purpose of an algorithm (on YouTube, Facebook, Instagram, TikTok – any platform) is to make the viewing experience better and more seamless and helpful for viewers. Viewers are the most important thing to platforms, and in this case, YouTube. As a business, YouTube needs as many engaged viewers as possible, so they can increase their advertising revenue. The more viewers they have on the platform, the more advertisements are seen and the more money YouTube will earn. It’s their business model, it works, and you need to appreciate that when you think about the algorithm. Algorithms are generally designed to help the most engaging content get seen by a wider audience, so that people stick around on the platform and consume more ads while they’re having fun with the content.

The YouTube algorithm works differently to other platforms; your feed won’t only show videos from accounts you’ve subscribed to. When you fire up YouTube; you’ll see content that the algorithm predicts you’ll like, based on what you’ve previously watched. So if you used your YouTube account to show your younger cousin some Peppa Pig… that means you have some porky suggestions coming your way.

Matt Gielen, a YouTube growth strategist who researches the algorithm updates put it this way, “Each individual has a distinct watch history, and we [YouTube] look at their watch history in order to make recommendations to them for what they are going to want to watch in their next session.” For example, if you love Hot Salsa Dog, and you interact with Hot Salsa Dog every time they post a new video, you better believe they’ll serve you a Hot Salsa Dog video every time you head over. If that then puts you in the mood to watch Grumpy Cat, they’ll serve you Grumpy Cat after. But if other people watching Hot Salsa Dog don’t like Grumpy Cat, they want more dogs after, the algorithm will stop suggesting Grumpy Cat to them. This is called collaborative filtering.

As Gielen explained, “If you upload a video to your channel and your audience doesn’t choose to click on it or, if they do, they don’t stay on it for very long and you don’t get good average view duration, YouTube will say, well, this video isn’t very good when we serve it to people that are really engaged with this channel. Let’s not serve it to any more people like that. Let’s use that space for something else, whether it’s another video from your channel, or a video from someone else’s channel.” The effect doesn’t have to be millions of views; if you usually get 1,000 views and then you get 2,000 on your next video, that’s a strong signal to YouTube that they should serve your content to more people, because it’s doubled its reach. If your content isn’t getting watched for long by the audience who usually like your videos, YouTube won’t promote it as it’s not a video that will keep people on their platform.

Gielen’s research is fascinating, and worth reading in full, but the upshot is that collaborative filtering, the linking between videos, is important. It doesn’t even just work for your new content – your old videos are impacted, too: “If you upload a new video and your viewers really love it and click on it a lot, [YouTube] will serve it to more and more people that have one of your videos in their watch history, but maybe aren’t as active on the platform. Then they’ll serve it to people beyond that that just have expressed interest in the topic or have similar watch histories.”

If you make it easy for viewers to see more of your videos (through end screens, playlists, links in description, pinned comments – anything) YouTube will be more likely to promote your content.

Some other research by creator and audience developer Derral Eves focused more on artificial intelligence. He claims that the AI YouTube have acquired scans videos for certain words being used, let’s say “iPhone”, for example. The AI will scan your video for mentions of “iPhone”, and track how many times it’s used before suggesting videos with similar traits, in the hopes that people will want to consume more content with similar keywords.

As Eves said, “When you are talking about the AI, it has two parts of the brain. The first part is for search and the other part is for discovery. They work completely differently and they have different things that are triggers to rank better. It also works in harmony at the end like getting data from the search portion of it will help, saying ‘oh, this is a good video. We found it in search. It’s getting a high number of people to click on it. Let’s start recommending it out to some of our videos that will be related to this.’ That’s where the balance is, but there are a lot of videos that just search heavy-driven and they don’t see a lot of YouTube recommendations because there is not a lot to recommend in that kind of content.”

You can use this to your advantage by checking the trending tab and seeing what’s trending for you locally, regionally and globally. This data can be really helpful to show which niches are expanding across YouTube, and if you move in on a niche quickly then you have a better chance of being served to more people first.